What is a Politically Exposed Person (PEP)?

In a time where the US President is a notorious businessman, Politicians are constantly criticised regarding their dodgy taxes, and “dirty money” passes through hands of the government officials, it may seem more like a political drama than real life. However, it isn’t just fiction (nor has it ever been), so if you have a business it’s time you understand what a PEP is and what the laws surrounding them are.

To ensure everyone is paying attention to these laws, the Joint Money Laundering Steering Group (JMLSG) set up some strict guidelines to make sure everyone is playing by the same rules. The rules state that every Financial Conduct Authority (FCA) registered company has to be fully aware of who they deal with under AML and ‘Know Your Customer’ (KYC) guidelines. With a 30-40% increase every year in the PEPs list alone, it is important to screen new and existing clients to make sure they are compliant with the AML guidelines.

But what does this all mean? How can you make sure that you’re complying with everything PEP related? Here’s everything you need to know concerning the topic.

Enter a persons name to search our database.

What is a PEP (Politically Exposed Person)?

Generally, a PEP is a “politically exposed person”. This is in reference to someone who is a prominent public figure and carries out a function in which they are trusted by the public.

The definition of a PEP can change, the criteria could vary from country to country or even company to company. Its seen as quite a broad phrase but some examples include:

These public figures present a higher risk of bribery, as there is a fear they could be corrupted and someone could take advantage of the influence this person may hold.

Therefore, a PEP isn’t just the influential person themselves that carries this reputation. It could include:

Basically, a PEP is anyone close enough to the politically exposed person in question that may be able to sway their influence through corruption, bribery, or in a position to help the individual exploit the public’s trust.

You’ve probably seen a lot of this if you’re a fan of Political TV dramas, but it happens in the real world too. Unfortunately, in the real world, it’s up to businesses to know the person they’re working with, and carry out the necessary checks to avoid the risk they may impose.

Why is a Politically Exposed Person a risk?

So you may be thinking, “so what if someone is in the public eye, how would this affect me and my business?”. Well, those people are far more likely to receive an opportunity to acquire assets through unlawful means. This can be anything from a little bribe to excessive money laundering, but also because these people can be targeted by others with bribery and blackmail for example. The KYC laws mean it’s the type of person you need to know you’re in business with.

Just because someone is a PEP doesn’t mean they are definitely up to no good and that you shouldn’t be in business with them, it just means you have to be more vigilant when observing your business relationship. You must perform enhanced due diligence checks (EDD), and prove you have conducted the correct PEP screening.

It’s important to avoid working with or funding anyone or any business that has been known to threaten the legal and operational functions of a business. This is why it is vital to have your PEP screening completed before forming any business relationships and during this ongoing relationship.

For example, if you are in the financial industry such as banking or insurance firms, and the corrupted PEP is trying to store assets with you in order to disguise untaxed money they have received through bribery, then you could also accountable in this crime if you cannot prove you have done enough to prevent this from happening.

What are PEP and Sanction checks?

PEPs and Sanctions checks are often discussed simultaneously as they are both required by KYC laws. These checks allow you to see if a company has been sanctioned or if a politically exposed person is connected to the company.

A sanction screening is when a check is made to see if a company has been sanctioned as they have been issued a penalty by law for failure to comply with a court order, law or regulation. To learn more about our PEPs and Sanction checks you can read more here on our PEPs and Sanction Checks page. 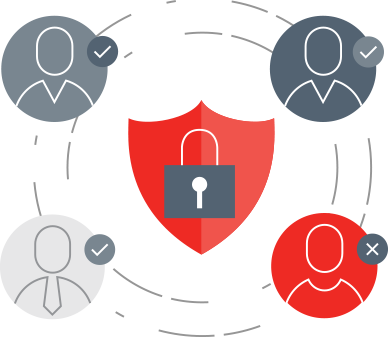 How do I run a PEP and Sanction check?

You can streamline your Politically Exposed Person checks with Creditsafe’s online checks. To maintain up-to-date PEP screening it’s important to check all individuals and businesses quickly and efficiently before you're in business with them and then throughout your business relationship.

You should do this to comply with current KYC laws and the 4th Anti-Money Laundering Directive. Creditsafe makes this a seamless task, combining cost-effective, instant online checks with online monitoring. This feature is built into these checks so you don’t need to worry about using up valuable resources constantly checking up on various companies.

What is considered a PEP?

In financial regulation, a politically exposed person (PEP) is one who has been entrusted with a prominent public function. A PEP generally presents a higher risk for potential involvement in bribery and corruption by virtue of their position and the influence that they may hold.